Isaac of Nineveh: “…hell is in my opinion: remorse.”

Isaac of Nineveh – 7th century ascetic and mystic,  born in modern-day Qatar, was made Bishop of Nineveh between 660-680.  Especially influential in the Syriac tradition, Isaac has had a great influence in Russian culture, impacting the works of writers like Dostoyevsky. 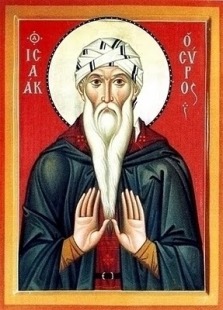 “As for me I say that those who are tormented in hell are tormented by the invasion of love. What is there more bitter and violent than the pains of love? Those who feel they have sinned against love bear in themselves a damnation much heavier than the most dreaded punishments. The suffering with which sinning against love afflicts the heart is more keenly felt than any other torment. It is absurd to assume that the sinners in hell are deprived of God’s love. Love is offered impartially. But by its very power it acts in two ways. It torments sinners, as happens here on earth when we are tormented by the presence of a friend to whom we have been unfaithful. And it gives joy to those who have been faithful.  That is what the torment of hell is in my opinion: remorse.”  ~ Isaac of Nineveh, Ascetic Treatises, 84

This entry was posted on June 16, 2014, 8:29 AM and is filed under Hesychasm - Jesus Prayer, Patristic Pearls. You can follow any responses to this entry through RSS 2.0. You can leave a response, or trackback from your own site.