Isaac of Nineveh: God’s Justice is not Rome’s Imperial ‘Iustitia’

Isaac of Nineveh – 7th century ascetic and mystic,  born in modern-day Qatar, was made Bishop of Nineveh between 660-680.  Here Isaac easily debunks the Western Latin notion that God’s righteousness, or “dikaiosyne theou“, is the same as secular Imperial Roman Justice, or “Iustitia“. 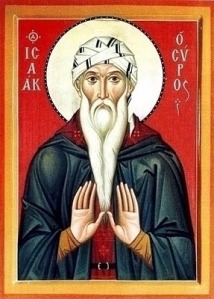 This entry was posted on July 4, 2014, 9:06 AM and is filed under Patristic Pearls. You can follow any responses to this entry through RSS 2.0. You can leave a response, or trackback from your own site.